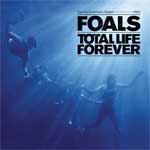 Can't wait for the new Foals album, Total Life Forever, to be released digitally in the U.S. on May 11? Get a taste for what's to come with this brilliant G.e.R.M. remix of the first single "The Orient." Foals first album, Antidotes, was driving, pulsing and fast-moving, with energetic ups-and-downs, punchy drums and plucky guitars. "The Orient" shows the Oxford, U.K. band moving in a more introspective, mature direction.

And when that teases you to the point you need more, check out snippets of the full album on Foals' website (click the album cover under the "music" page once your in the site to access songs).


Fans of the Kaiser Cartel can rejoice in the news the band is releasing a follow-up to their well-received debut, March Forth. The boy/girl harmonic/melodic duo of Courtney Kaiser and Benjamin Cartel will drop Secret Transit on June 8. The album was produced by Matt Hales, better known to music fans as Aqualung, so don't be surprised to hear his piano-driven poppy sound incorporated. If the first single, "Ready to Go," is any indication, this album should be a fun one for the summer. The email I just got said the album is "darker and more experimental," but this sounds pretty much the opposite. I guess we'll have to wait until June to hear the rest but for now, enjoy "Ready to Go." 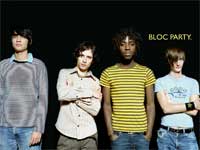 
Some things are worth the wait and that officially includes the very-long-awaited sophomore album from Annie, who took the indie pop world by storm in 2005 with her debut, Anniemal.

The new album, Don't Stop, picks up where the first left off, but shows the Norwegian singer/DJ's musical growth. Annie has been working on the album for three years, picking up new sounds and influences along the way. She again works with collaborators Timo Kaukolampi and Richard X but also taps producer Paul Epworth (Bloc Party, Primal Scream) and Franz Ferdinand frontman Alex Kapranos. SomethingGlorious got the advance and can't stop listening.


The Brit Boys are Big But Are They Getting Bored?

The reviews from Coldplay's current North American tour have been mixed â by both critics and fans. People who attended the band's Viva La Vida July 22 tour stop in Chicago said the sound was amazing and that it was one of the best live shows they'd ever seen. Expectations were high for last night's show, and the sold-out crowd screamed every time Chris Martin said anything into the mic â even when being goofy and cheeky while saying some canned lines he likely says at every show.

The band came out strong, walking out to the instrumental "Life in Technicolor" and then launching into a rousing version of "Violet Hill," which led to "Clocks," where the band and audience were swathed in red light and penetrated with multi-colored lasers. They played possibly every track off the new album â "Strawberry Swing" was a personal highlight â but where were the songs from the first three releases? For a show that ran nearly two hours, the band played more of a blend of greatest hits: "Yellow," "In My Place," "Fix You" (which, in true Coldplay grandiose style, was layered and beautiful), "God Put a Smile Upon Your Face" (a cool remix version that was played on a small stage that jutted out into the crowd), "The Scientist" and "Politik," which again proved the band can fill a stadium with their now larger-than-life presence. A high point came when Martin announced they were filming a video for "Lost," which the band ran through twice â apparently something they did last night as well. The second run through was definitely tighter and more on point.

However, it would've been nice to hear more of a blend from all four albums (where the hell was "Talk" and "Everything's Not Lost"?) and at some points, it felt like Coldplay was phoning in the performance. "Speed of Sound" didn't have the energy of shows past. At times, Guy Berrymore â who couldn't be bothered for some reason to return to the stage for the surprise encore of "Green Eyes," despite Martin calling out for his longtime mate and carrying on anyway â looked like he'd rather be elsewhere. Same with Jonny Buckland. If Will Champion hadn't been such a rhythmic bruiser on the drum kit, he too, may have wanted to meet up with friends at a bar instead of being on stage. To that end, the nice thing about Coldplay is that, for the most part, they seem like they enjoy each others' company and like playing with each other â not an easy task for a major act on a worldwide tour. And this isn't to say the show wasn't fun, because it was. And they sounded great. But it would've been nice to hear them sound great on a wider variety of tunes. Hopefully they'll mix it up for the rest of the tour.

If you want to round out your summer with some sweet, golden "wish I grew up in the '70s" tunes, pay attention to Sunfold. This North Carolina band, fronted by the not-even-legal-to-drink Kenny Florence and backed by members of Annuals, is set to release its debut, Toy Tugboats, on July 22. If the rest of the album is as catchy as this single, "Sara the American Winter," it's going to help keep things warm around these parts well into the fall.

It only took 17 years, but George Michael finally returned to the big stage last night in Chicago -- and what a stage it was. Looking like a massive cascading waterfall, the multi-story-high LED backdropâreplete with light shows and now-vintage videosâflowed down to serve as Michael's stage and dance floor. The iconic '80s pop singer who has had more notoriety in the last decade for his sex scandals and drug busts put on a two-set, two-plus-hour show to a nearly sold-out United Center. Word has it that the previous show in Minneapolis only saw a half-full arena Michael allegedly played a half-assed show. Not the case in Chicago. He honestly seemed thrilled to be here and the crowd made him feel right at home.


When this song came across my desk (OK, my IM) about an hour ago, I couldn't believe the enormity of it. It sounds like it was made for a major arena circa 1977. L.A.'s Bigelf will drop their new album, Cheat the Gallows, Aug. 12 on Custard Records (Linda Perry's label). Check out "Money, It's Pure Evil" and listen for influences from the Beatles, Bowie, Pink Floyd â and even Lenny Kravitz (when he was still making good music). This album could be a big surprise this year â but I'm solely basing that on this one song (the tracks from their last album, which you can hear on MySpace, are decidedly heavier and darker a la Sabbath. Who knows, it could suck, but at least this song is cool). Apparently Alicia Keys is a fan. Random. 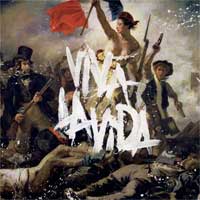 Viva La Vida or Death and All His Friends breaks from the wispy pop of Coldplay's first three albums and mixes things up a bit. Gone are the easily accessible, radio-friendly chart toppers replaced with a collection of gorgeous ballads, layered symbiotic guitar-focused tracks and melancholy, insightful lyrics. But don't worry -- this is still Coldplay, only darker and more mature. The band teamed with legendary producer Brian Eno, who helped enlist diversity through sound: tribal congas permeate "Lost!"; acoustic Irish folksy guitars meet Spanish handclaps on "Cemeteries of London"; grandiose strings create mystery on "Yes"; and sunshine soundscapes on "Strawberry Swing." The album is bookended by the same instrumental loop starting on "Life in Technicolor" and taking things out on "Death and All His Friends." Viva has a well-traveled feeling, a collection of short stories that gets better with every listen. You may not immediately click with it, but give the album a few spins and you'll grow to appreciate Coldplay on a whole new level.