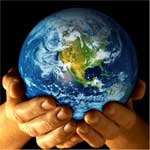 We all want to do our part to help the planet (except maybe that guy who just tossed his McDonald's bag out his car window) by changing out lightbulbs, using non-toxic cleaning chemicals and eating more locally grown food. We don't just have to be good on Earth Day. Everyday should be Earth Day. And you can add drinking certain wine to your do-gooder checklist.

Many wineries from France to California to New Zealand have been growing grapes more sustainably and using organic or biodynamic methods to maintain their vineyards. If you're concerned about the food you put into your body, you'll likely appreciate that organic growers do not use pesticides and other harmful chemicals throughout the wine production process. Both organic and biodynamic growing allows for more natural elements to flourish. And while selecting a 100 percent organic wine may not be as easy as, say, finding a bottle produced with organic grapes, which only requires 70 percent of the grapes be organic, more and more are popping up. 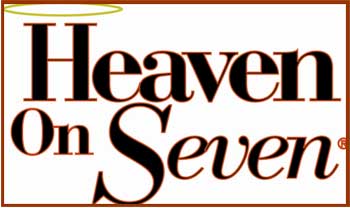 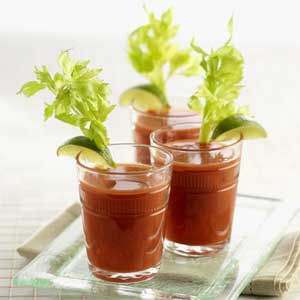 While it's no surprise that hot Logan Square spot Longman & Eagle will debut brunch this Easter Sunday starting at 10 a.m., with incredibly sounding dishes like house-smoked salmon with creme fraiche; sunny side duck egg with duck confit; omelet of morel mushrooms; smoked catfish cakes and waffles with plum compote (all courtesy of that crafty chef Jared Wentworth), the other good news is they'll roll out some delicious cocktails to pair with the rustic fare.


L&E is known for its extensive whiskey and bourbon list as well as having a sweet craft beer selection (I enjoyed an Allagash White last night), for brunch they're introducing a trio of Bloody Marys: The Larry, The Mary and The Maria, with whiskey, vodka and tequila, respectively. They'll be rimmed with house-crafted bacon salt to add an extra little savory zing to each sip. Plus, they're offering an "adult" Horchata, a play on the Mexican cinnamon rice milk, but this will include Sailor Jerry's spiced rum.

It should be a good Easter indeed. 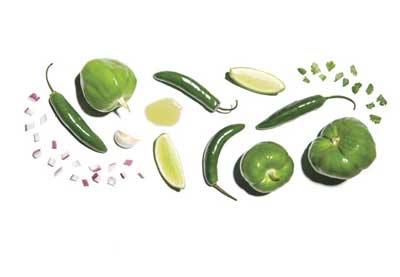 Last night I dug into my wine fridge and grabbed a bottle I've been intrigued by for some time but kept overlooking when I'd want to open something. Perhaps it had something to do with the fact I didn't really know muchâif anythingâabout it. While I love Rhone varietals, and rich Pinot from Burgundy, have tinkered with Bordeaux blends, and have even spent some time exploring the vastness of the Gamay grape from Beaujolais and the Loire Valley, I am on a never-ending quest to learn about French wines. There are a number of appellations within regions that produce many varieties of wine. And this one, the Chateau de Rhodes, is no exception. It hails from the Gaillac wine growing region in southwest France, which was first cultivated back in Roman times and was then known for producing exceptional sparkling wines. These days, Gaillac produces both reds and whites and some grapes are pretty obscure.

The majority of this wine is Syrah (55 percent) while 33 percent comes from a regional grape called Braucol. I looked it up and it's known by a few names, including Fer, which is the French word for iron. Apparently when used as a grape, Fer (or Braucol) refers to the hardness of the vine and winemakers use this grape to add richer color and a more robust flavor. The last bit (just 12 percent) comes from Cabernet Franc, and when that finally shows up, you know it arrived.

Michael David Winery sure has an interesting sense of humor. Many of their wines are named for sins, intuition and other things of higher power. But what strikes me is that while they are attempting to be cute while injecting humor into their winemaking and marketing process, to me it just seems a little odd. Fortunately for them, a lot of their wines, which hail from Lodi, Calif., are pretty damn tasty.

Last night, we popped open a bottle of the 7 Heavenly Chards, which I liked, but didn't love. Its nose had a slight eucalyptus scent and the palate had balanced acid with some pineapple. But something about it reminded me of the chicklet I'd get from the dry cleaner when I'd go with my mom when I was about six years old. I don't know why but as soon as I smelled and tasted it, that random sensory memory came flying out at me. We drank it with some spicy seafood stir fry (the wild caught shrimp were super crisp and the sea scallops had a nice sweet essence) and the wine worked fine. Like I said, I wasn't bowled over by it.

Tonight, however, the 6th Sense Syrah really impressed me. At first, for about 30 seconds, the nose didn't tell a good story. But then it opened up quickly and some really nice blackberry, cherry and spice came up from the glass. The dark and inky wine shows the richness of the Lodi Appellation. It's silky and velvety with nice earth, smoke and jam on the palate that intermingles with deep, dark berriesâand for about $17, it's a great buy. But again, going back to the oddness that Michael David uses to separate themselves from the pack, there's a poem on the bottle recounting the six senses with this being the last line: "I sense with my mind, a thought so unkind, Iâm trapped six feet under in a bottle of wine." What? Are there dead people buried under the vines? I really hope the grapes aren't being fertilized with old family members who used to farm the land ... but I'm sure I'm reading too deeply into this. Like I said, good thing their wines have some spunk!

I just poured a glass of the Napa Cellars 2007 Merlot. I never know what to expect with Merlot, since it's a grape I fell out of love with when I started really exploring wine about five years ago. But Merlot has definitely been making a comeback and this wine, with grapes generally grown in the cooler southern part of Napa, has a lot going on. When I first poured it, I got scents of spiced cherry, menthol and vanilla. There was something about it that reminded me of wintertime and the holidays, almost like someone was brewing up a batch of mulled wine in my glass. When I tasted it, it kept going. The finish on this medium tannic wine was long and robust. I captured cherry and blueberry with clove, spice and some bark (for as weird as that sounds; there was just something really natural and earthy about it). It's a wine that would do well with food, something with interesting spices, maybe Asian or Greek, but definitely pizza and pasta. And speaking of which, I'm off to pop a 'za in the oven to go with this bad boy. If you find this wine nearby (oddly, the winery's website is still selling the '06 even though this was released in November), it should sell for around $22, which for a 2007 Napa Merlot, is a pretty damn good price.

The other night we had dinner with friends at Nightwood through an offer from my iPhone app foodie. Nightwood, in Chicago's Pilsen neighborhood, is the newest offering from the owners behind Lula Cafe, one of the city's most celebrated independent spots.

Nightwood, like a number of other top restaurants partnered with foodie, offers unique specials you can only get through the app. This night, we took advantage of the fantastic make-your-own, three-course prix-fixe meal for just $35. Nightwood has a menu featuring seasonal ingredients and strives to work with as many local producers as possible to get their produce and meats. Because we ordered various items (beef stew, whole trout, roasted chicken) we wanted a red wine that was balanced and could possibly complement everyone's meal. We landed on a perfect bottle: La Posta Cocina 2007 Malbec from Mendoza, Argentina.

This Malbec/Syrah/Bonarda blend was smoky with plum and dark berry notes. It's complex and sophisticated. And really well balanced. Best of all its a great value; it was $35 on the list at Nightwood so I can only imagine how cheap this winner is at retail. I'm definitely going to seek this one out.

UPDATE: I did a quick search and found that Chicago wine superstore Binny's has the 2008 for $13.99.


We were about to sit down and watch the Golden Globes. I wanted to pick something that matched the cosmopolitan yet humorous and lighthearted glamour that is the Globes and grabbed the 2008 La Crema Pinot from the Sonoma Coast. It's a tasty treat, light and easy with lots of sweet cherry, complex layers and a hint of spice. Ok i'm gonna go watch and drink and post more later.


In late 1999, I moved to San Francisco to be with my partner, but also to fulfill a dream of living in California. It was everything I thought it could be and more and it was in SF that I was truly exposed to incredibly fresh produce and food prepared with sustainable ingredients. Most of all, however, it was where I began my love for delicious wine and the start of my wine education.

For various reasons, in 2003 we left our Northern California paradise and moved back to Chicago. Don't get me wrong, I love Chicago (it is my hometown), but I despise winter and being bitterly cold. I ask myself (and pretty much anyone who will listen) why I ever left California. I really don't know the answer, but at least each year as the temps drops to unbearable points, I can at least take solace knowing that I can open bottle after bottle of big, warm, jammy California red wine to snuggle up with and keep me warm.

Below are some of my favorites and others I've discovered in the last few months. Many are available locally, but others you may have to search around online or visit the winery's website. Either way, it'll be worth the hunt.

Let's start with something a little local. D&S 2006 Proprietary Red is produced by the guys behind Bin 36 restaurant--Dan Sachs and Brian Duncan, hence the D&S. Yes, there is a line of Bin 36 wines, but this one is pretty special. This blend of Cabernet Sauvignon, Syrah, Petite Sirah, Petite Verdot and Merlot is intricate and layered and reveals itself the longer it's open. It starts off with subtle fruit and soft tannins with blueberry and violet notes. The longer it breathes, the jammier it gets. Raisin, leather and darker red fruit come through. It's great bottle to pair with red meats, chicken and even pasta in red sauce and is available at Bin 36 for $26.95 or at select Whole Foods.